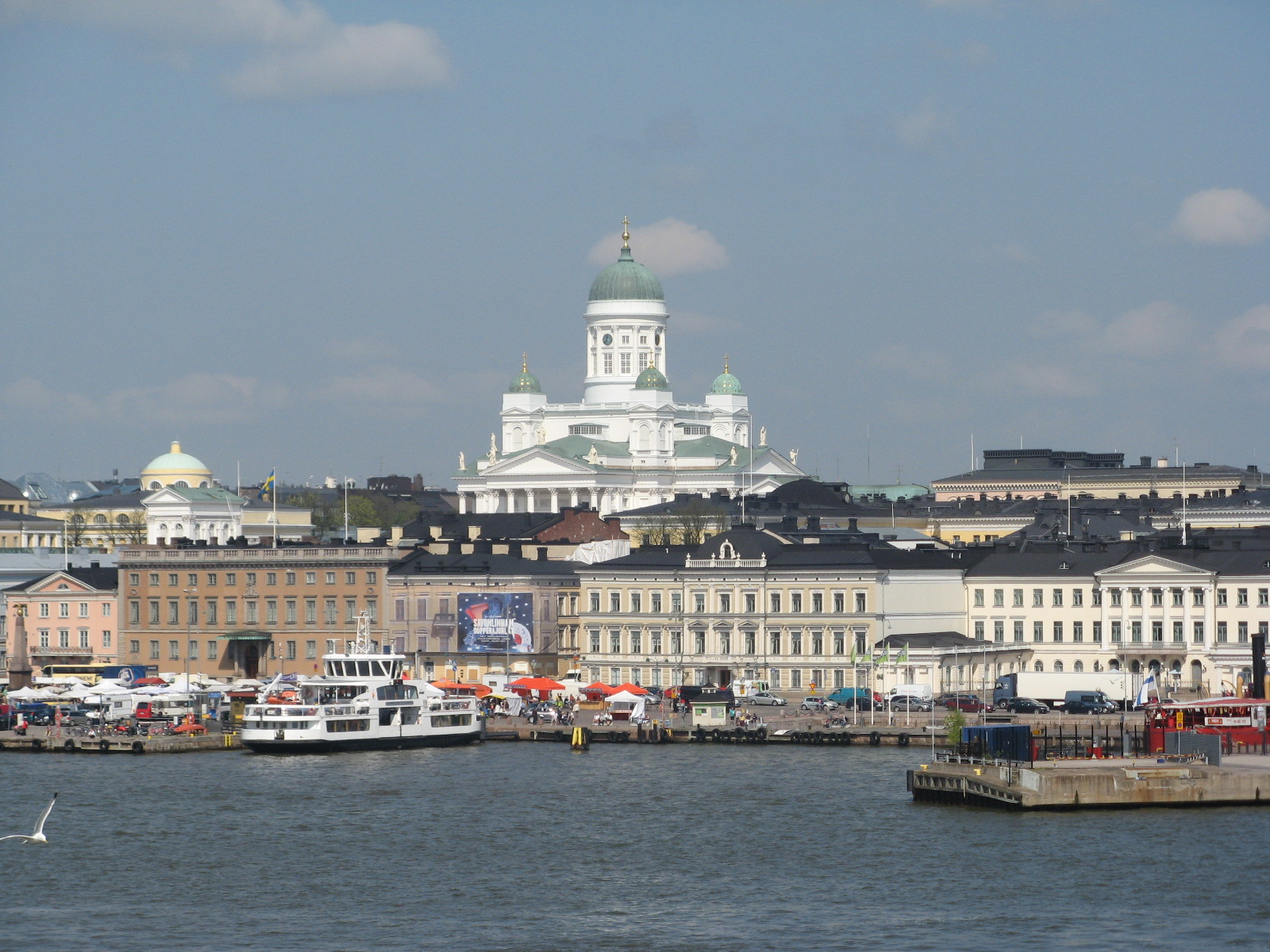 Four ways to develop the company towards happy exit

Startup investors expect an exit at some point. In 2020 I wrote the anatomy of failure. The chances of making a great startup exits is ca. 10% for the investor. Naturally, I have experienced a lot of failures in my angel investments and it’s a very useful (although expensive) way to learn. It hurts, and one remembers pain better than the smooth and fun ride. To be brutally honest, it took about 10 years of startup investing before I was able to report any decent successes. You can still find my blog ”epäonnistumisen anatomia” in Accelerando web site. Now, it’s time to share and learn from some good and great cases as well. All of the following four cases lead to different kinds of positive exits.

Should we sell early?

In 2015, we helped and I invested in Nordsafety. They made a nice pitch in late 2014 and I had a short meeting with the founders. They seemed competent, but the solution area was not the most exciting one. Their asking valuation was a bit hefty, so I did not follow-up. I was, however, in the jury of Kasvu Open in early 2015 where we in jury had positive feeling about Nordsafety. Additionally, in our pitching show (”Dragon’s Den of Kasvu Open”), the CEO, Fredrik, managed very well. They had sharp focus. I started to like the company and its founders. However, I knew very little about the infra or construction industry, so I needed to gain some more insight. Network is a great asset. I arranged a breakfast meeting between Jukka Hienonen (who was the former CEO of SRV) and the founders, and we tried to assess the customer value of the application/service together. I also interviewed some of their key clients, they gave very encouraging feedback. We both liked the company and the attitude of the founders and we made small investment.

Accelerando further helped the management with their public funding options to maximize the resources and to have a longer runway. We also started to do an international market research. We felt it was vital to enter international markets to boost the business and valuation for the next round of funding, and in longer to have a potentially more lucrative international exit.  Some pilot cases were won from the DACH markets. With our funding round, the company also created a professional board and recruited vital new resources. Software development sped up and Nordsafety was competitive although a number of new entrants showed up at the same time. Business growth was steady. However I was fairly surprised when the CEO informed about likely exit in 2017. It all happened fairly fast. From an investor point of view, the selling process was smooth. The price was fairly ”normal”, based on standard market SAAS multiples. Our investment syndication earned the “Exit of the Year” award in Fiban 2018. Selling the company was safe choice for all. The main reason was that the buyer, Quentic, was a well-funded German company with very complementary offering and has also a modern way of operating. Steady growth of the joint company has continued.  Key learnings: to boost company valuation and funding options, be always the best in your focus area, go international soon and make sure your customers’ love you.

Vast amount for the factory or exit?

Tikitin was a very special case. Like in many deep tech companies in Finland, it has a very strong scientific background and a competent tech team. I met them very early on and I liked the guys, but had no clue what a ”silicon based resonator” was. Well, I knew they were aiming to disrupt a fairly large industry, but I did not have the competence to evaluate the technology. I asked them kindly to return to the funding topic as soon as they have both some real industry and client feedback and business validation of the invention. In addition, I hoped to see at least one commercially professional as a team member. Surprisingly they came back to me a year later. “Now we have positive feedback from seven out of the top ten industry giants in this field and a super guy in charge of business development.”  After a few rounds of discussions, I was sure this invention should be commercialized and that the company is fundable although the business case was still at a very early stage.

We managed to pull together a nice funding package and the company received some 24 months of runway with this funding. During that time they managed to win the proof of concept ready with some key clients, built a patent portfolio and established a very productive team. Utilizing public funding and semi-public excellent laboratory facilities, the company was able to perform better than many much more heavily financed competitors. Again, the investors were a bit surprised as the management informed us about a potential exit. It happened nicely, and the strong IPR plus a super team were fairly valued. The key was to have a hot invention that a number of players were after. Exit was a logical option for Tikitin as the fair value had been identified and as the huge factory investments would have diluted the current shareholders significantly and a possible better outcome would have only taken place after a very long time. Key learnings: go out and collect real customer feedback soon, make sure about your industry validation+leadership position. Make sure you have strong IPR in case of deep tech and hardware.

Average time from angel investment to exit is about 9 years. With Smarp, we got it in 8 years. The case was very normal, lots of ups and downs, pivots, crises and happy times. I joined the company in its’ second year as an advisor. A group of angels accepted the investment terms in 2013, and the company received also about 300k public funding to boost their development. On the way to exit the product has been re-formed a few times; with some pivots and management changes, an US entry done two times etc. Normal startup and growth issues. Pivotal moments for the company success were a) winning of Arctic15 pitching event that led to an invitation to Techcrunch London, there the company was nicely covered also in the BBC World News.  b) the lead angel investor and new chairman Pedro Ros was a souvenir from the UK too. Next moment of truth was Slush 2018 – there the company received lots of publicity, new VC contacts and later also a VC investment enabling establishment of a serious SAAS operation. After some hick-ups, the company was back on the growth track. It had several options in 2021, but ended up choosing to be part of a bigger family and to see how private equity works in the next growth stage. Coyo+Smarp established a very strong player in the enterprise communication field backed by 7,8B Marlin PE.  Key learnings: use experienced advisors, make pivots when needed and find the growth path soon enough again. Establish your niche. And execution is everything.

How to make an Unicorn

I was lucky to have an opportunity to invest in Aiven in its’ seed round. I happened to know the CEO Oskari Saarenmaa and heard early about their new service (Database as a Service) and plans. Market likes the open source domain and I thought that the Aiven service will be very much needed; it solved a real customer problem and it had already been validated in international markets. The core team had worked together earlier and, for me, they looked like the dream team. Business development, sales and marketing were still under development but those were easier to solve. Aiven has systematically polished their “product – market fit”. They have made extremely complex things simple, Aiven makes life easier for data base administrators and application developers. They use and offer open source solutions in super scalable cloud domains. Aiven is able to provide a ”carrier scale” service for all at the right price (pricing is based on the real usage of the service). In short, they ride exactly the right wave from an investor’s perspective, too.

Their competitive edge lies now in several things. They have used outside services to scale faster, but the core, such as product management, is always in their own hands. They have several co-competitors (such as AWS, Google Cloud, Microsoft Azure…), but have their own space to operate and offer outstanding services. Since the seed round in 2017, the steady growth has supported a fast company valuation increase. Aiven has now reached a 1,8 billion in valuation level and has raised more than 150m in funding in four years and in four rounds. However, the founders’ dilution has been modest, a bit over 50% so far.  Although the big exit remains to be seen, a very attractive secondary offering has been possible from the B round on.  It naturally makes the founders’ risk taking level higher. Key learnings to become unicorn: have or build super tech team, aim for the fast growth with a scalable service and agile way to operate, fast scaling firms have limitless availability of funding.

It takes time, sweat and tears, but reward and good returns are possible with well managed startups. In Accelerando we have worked with 500+ excellent firms, I have invested in 45 companies and we are always ready to take look into new cases.

Accelerando co-founder, working with startups and in venture funding since 1997